New York has emerged as a shining star in local energy policy with New York Governor Andrew Cuomo’s announcement early last year of an ambitious energy efficiency target to reduce energy consumption by 185 trillion BTUs (British thermal units) by 2025, or the equivalent of the energy consumption of 1.8 million homes. This new target aims to deliver nearly one-third of the emissions reductions needed to meet the Empire State’s climate action goal of reducing emissions by 40% by 2030.

To support the goal, state agencies are developing new tools to help with building energy benchmarking, statewide appliance standards and upgraded energy codes as well as efforts to stimulate advancement in building electrification and heat pumps. New York’s utilities are being called upon to achieve significantly more–in scale and innovation–under their energy efficiency program activities.

Stretch codes forecast what the future of local energy codes will look like with more aggressive efficiency requirements introduced during each development cycle. They provide an opportunity to train the building and development communities in advanced practices before the underlying energy code is improved and help accelerate market acceptance and adoption. Stretch codes give visibility to manufacturers—lighting, HVAC, window products, etc.–as well as builders and contractors on what is kind of requirements to expect in the future. Knowing what code advancements to expect gives manufacturers better opportunities to provide products and services that will meet the new rules cost-effectively. New York expects that leadership in requiring better efficiency products will lead to more investment and economic growth in clean energy product manufacturing that can be exported elsewhere. Cities and towns such as Ithaca are stepping forward as early adopters to put the advanced codes into practice. 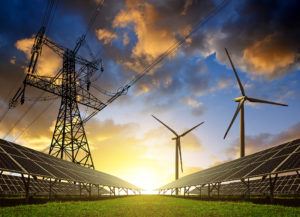 “The strategies to make our state cleaner and greener will result in high-tech jobs for New Yorkers with investments in workforce development,” said Lieutenant Governor Kathy Hochul. “The focus on energy efficiency will not only enhance the environment and create new jobs, it will also lower energy costs for residents and boost the energy economy,”

Gov. Cuomo has requested that the stretch code become mandatory statewide by 2022. To make that a reality, NYSERDA has developed a plan and requirements for stretch codes that are on the path to becoming one of the country’s leading energy codes. And there is new cooperation between New York City and the state for a unified building energy standard across New York.

New York City passed a local law last year requiring it to adopt the New York Stretch Code or equivalent effective January 1, 2019. The city’s significant impact and accelerated schedule has led to well-vetted, energy-saving proposals in the stretch code that will help position Mayor DeBlasio and the city to meet their own 80 x 50 climate goal (80% reduction in GHG emissions by 2050).

The experiences in policymaking, along with early work in California and several leading cities, are already spilling over into other areas of the country. Governors in Oregon and North Carolina are stepping forward with executive orders directing state agencies to follow New York’s lead with goals set for carbon reduction and clean energy progress. Cities such as Boulder, Santa Monica and the District of Columbia are instituting similarly aggressive building standards. To support these advancements, NBI has developed a guidance that builds on the 20% Stretch Code Provisions that can take cities and states to a 40% improvement over ASHRAE 90.1-2013. The Stretch Code Standard is getting ready for release after the first of the year and describes provisions with increasing stringency for commercial construction that could be considered and adopted by cities as advanced local code amendments, stretch codes, policies and/or incentive program standards. For notifications, sign up here.